Will £60,000 be enough to stave off adult debt? The Glasgow City Council thinks the sum is a good start. Beginning in 2014, the Council will give £10 to each child entering secondary school, typically at age 12. The money will be deposited into a credit union account and will hold restrictions to prevent early withdrawal. The measure comes at a time when nearly 150,000 children and 420,000 adults live in poverty in Scotland’s largest city. 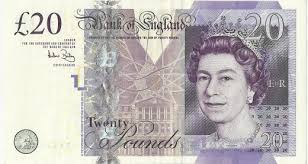 This student deposit scheme is another effort on the part of Glasgow Council to reduce the power of short-term moneylenders within city boundaries. The council has already banned payday websites from public computers. City Treasurer Paul Rooney financial reports that Glaswegians had taken out £57 million in non-standard credit last year, exceeding the UK average. More than 55 pawnbrokers and short-term loan advance firms operate within the city’s 17.3 hectares.

Both Glasgow Council and Citizens Advice Scotland have condemned payday lending as “irresponsible.” CAS tells the BBC: “For people who are struggling to make ends meet, payday loans can seem very attractive. But they have interest rates as high as 4,000%, and these have a huge impact on people who are on low incomes. . . . If you miss a payment, the debt can quickly spiral out of control.”

At the same time, a tenner is not enough to alleviate the burden of Glasgow’s cash-strapped poor. This contribution, growing at a rate of two percent per annum, does not double until it has remained at the credit union for nearly 35 years. Even then, £20 hardly makes a dent in rising petrol costs, food prices and rent. An office administrator earning a £16,000 salary can easily wipe out her income after paying for a two-bedroom flat, bus service, professional work wear, groceries and the occasional take-away.

The only sure way to gain a brighter financial future is to combat the cycle of debt. Here are some tips: