Politics deal with strategies, ideas, agreements, disagreements and relations. However while speaking of international relation between Saudi Arabia and Egypt the story is somewhat different. Backing the Egypt’s new military leaders its Saudi Arab that has helped boost up the chaotic struggle for influence. This strategy seems to assume good importance while considering the relation of the Arabs with the US, since it is this financial aid provided that has put the Arabs at odds with the US, a long standing ally.

Monday, Saudi Arab promised to compensate with any aid to Egypt as the there is a speculation of the Western countries withdrawing their financial and other support in answer to the harsh tactics adopted by the Egypt leaders to curb down the protests of the supporters, who tend to be from the side of the dethroned President. The protests were extremely harsh and involved bloodshed, in which nearly a thousand people have been reported to be killed along with 100 police officers. 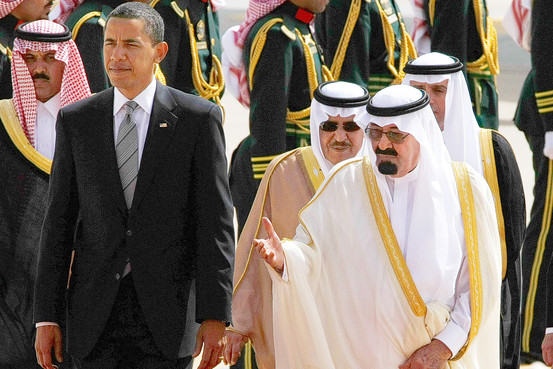 According to the sources and reports obtained, Saudi Arab happens to be the greatest contributor of the financial package of $12 billion pledged by the gulf countries. This is due to the fact July 3 strategy move of expelling the President Mohammed Morsi has decremented $1.5 million in the annual US aid that the congressional leaders are repeatedly pressuring the administration of Barack Obama to suspend.

Prince Saud al-Faisal, the foreign minister of Saudi Arab denoted Egypt as their second homeland and also emphasised on the fact that it is them who will never allow Egypt to be destabilized at any cost. While in a visit to France he said to a Saudi news agency,” “Concerning those who announced stopping their assistance to Egypt or threatening to stop them, the Arab and Islamic nation is rich with its people and capabilities and will provide a helping hand to Egypt”.

After Faisal’s words hinted at a very rare and uncommon foreign policy, it was King Abdullah who provided a big boost to all these while he praised Egyptian military and accused the demonstrators of being terrorist, extremist and rebellious.

In Washington, Jen Psaki, the State Department spokeswoman said that the Obama administration has yet not made any decision as whether to stop aiding Egypt financially but everything is under a review and a decision is to be made shortly.

Saudi Arabia has taken its standpoint of challenging Washington and confronting it in matters over the crisis indicates how deeply Saudi leaders were unsettled by the prospect of Muslim Brotherhood theory, giving strength to the hold over Saudi Arab world’s most populous nation, according to the analysts.

According to GamalSoltan, a professor of political science at the American University of Cairo, the Saudis are doing these things just out of fear rather than any greed and it is nothing related to expansionism.

However Christopher Davidson, a professor of the Middle East history at Durham University in England has said that it was a great gamble for the king and it has put Saudi at a direct confrontation with the Muslim Brotherhood, which seems to have prime significance both regionally across the region.