A new reform is coming in the UK which targets teenagers and their education. According to this reform, the government is raising the bar of age up till which the children would have to study so as to create a better and educated society as a whole. This reform is rumoured to come into effect the next month and its consequences would be to keep the teenagers acquainted with the system of learning and education till they are seventeen years of age. This age was earlier sixteen years and is being revived to seventeen; however the main goal of increasing this age limit is to take the education to the level where the teenagers would be still learning and studying till the age of eighteen. 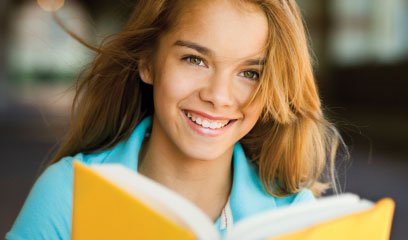 Change for the Teens

This would be the first time for many as they step into the age of seventeen from sixteen and they would not have to move out into the world of responsibilities yet, as they would still remain students. This is the first step, the main goal of which is to keep the students learning till they are eighteen and this increase in the age of education till eighteen would be introduced by 2015. However, the major part of constraint or fear that is being faced by the administrations as well as the government is that there might not be sufficient learning space for more than six hundred thousand students that are in their seventeen by this autumn and this could add up to be a big problem for this big initiative that is being taken.

Contrary Views of the Ministers

On this view of sending the teens to school so that they gain education, there are political leaders with contrary views and their point of argument states that extra provision for such students is uncalled for as majority of such students that belong to such an age group are already engaged in one form of education or another and according to these ministers with contrary views, raising of the involvement age is not at all same as increasing the age by which the students would leave school. According to these people, the students can serve their purpose by submitting themselves to a day per week training which will serve the purpose in full.

For smoothing the passageway of new regulations, the ministers have taken on a new path which is to concentrate on raising the quantity of apprenticeships. Moreover, to add to that is a big bursary fund for disadvantaged teenagers as well as children that include teens in care, teenage parents that require financial support, disabled people who are unable to work and require financial assistance. With such disadvantaged people, the schools as well as colleges can increase this existing fund for covering the travelling costs as well. However, according to some expert views, the cutting up of education allowances for people from the age group of sixteen to nineteen, along with poor guidance in terms of career counselling might prevent the students from making full use of such reforms.