Since early times, there has been a constant struggle and war for victory in terms of growth between technology industry as well as finance and this war has seen the conquest of both sides. In the year 2008, there was a near collapse in the financial sector of the United States of America and since this financial collapse, the technology firms as well as the entire technology sector saw a strong growth; thus leading to becoming one of the most profitable players in the market and even acting as one of the biggest manipulators of the country’s economics. The same trend continued in the year 2012, where the technology companies contributed a wide portion to the profits reported by various organizations as stated in the S&P 500 index and this was slightly better than earnings of financial companies. 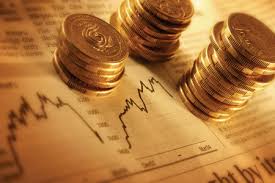 According to statistics set by the Wall Street, if the same companies report results of the second quarter in the coming few weeks, the anticipation of the experts state that finance as well as financial organizations would be in line to overtake the technology firms by a huge margin and once again would these firms act as the major players that contribute to the highest annual profits of the United States of America. The main contributors of these statistics include tax payer funded bailouts by large banks as well as financial institutions and other insurers in the fiscal year 2008-2009 which has helped put the financial sector back on its feet after the losses that were suffered by it on securities that were backed by mortgage.

A major contributor to the return in the growth of the financial sector is the fact that these financial units are employing most of their business within the country itself whereas tech companies generate most of their revenues from overseas. Due to this, the economy of the United States of America keeps growing at a steady rate whereas other European countries are faced with prolonged recessions while similarly other eastern countries are having a slow growth. This itself has turned the software as well as hardware export, which is the strength of the technology companies into one of its relative weakness.

According to statistics, the financial services of the United States of America are anticipated to report an earning aggregate of around half a trillion dollars which is way over the quarterly earnings that are expected from S&P 500 companies. This is a tremendous increase over the technology firms and the main reason behind that is the fact that technology has exposure to global markets and the due to the slow economy of these markets at the current time; the picture is not strong for technology firms. According to anticipation, the technology sector would be earning revenues worth around forty billion dollars that would be around ten billion dollars lesser than the finances earned by the financial sector and this would act as a reversal from the year 2012.