Most white-collar office workers in the United States are expected to adhere to a certain dress code. This isn’t new, but sometimes it seems like dress codes are becoming increasingly lax in the workplace or that people no longer know the difference between formal, business casual, and casual office attire.

Dress codes vary from one work environment to the next, and clothing that may have been acceptable at your last job could get you in trouble at your current place of employment. It’s important to know what you should be wearing, especially if you want to be taken seriously on the job or at an interview. Here are a few tips that may help you.

Less than nine percent of white-collar office employees dress in formal business attire on a regular basis, but special events and meetings may still require you to don a nice-looking suit from time to time, especially if you work in a traditionally conservative setting, such as finance or accounting. A formal look is also great for job interviews or whenever you are unsure about a company’s dress code. 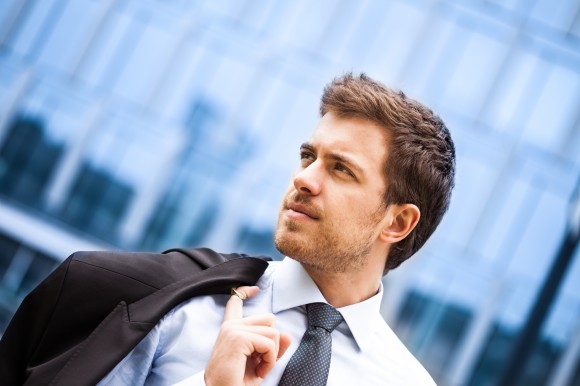 Women should also dress in dark suits, skirts that go down to the knees or calves, hosiery, and closed-toe dress shoes with low heels. Perfume is discouraged as it can trigger allergic reactions and generally be distracting. T-shirts, sandals, and brightly colored clothing should be avoided, and any tattoos should be covered up.

Business casual attire has become increasingly popular in the American workplace, thanks in part to the influence of entrepreneurs like Steve Jobs and Bill Gates, who generally avoided formal dress.

The business casual look for men generally includes khaki pants and button-down shirts that are lighter in color but still conservative. Footwear can be more casual as well and may include loafers or even well kept athletic shoes. Jeans can also be worn as long as they are neatly pressed and free of frayed edges. T-shirts, shorts, sandals, piercings, and tattoos are still out.

Business casual is much more difficult to define for women. As a rule, it’s often easier to state what women shouldn’t wear. This includes any clothing that shows cleavage, thighs, or the stomach. Some makeup and jewelry can be worn as long as it isn’t too distracting, and hairstyles can be slightly more creative. Hosiery generally isn’t required for a business casual look, but some more conservative offices may still require women to wear nylons.

As its name implies, casual attire can refer to almost anything. Casual attire is much less common than business casual, but some offices do allow it. Jeans, sweaters, hoodies, and even some t-shirts can be worn in a casual environment, but as a rule, it’s best to stick to a more business casual look in the workplace. Sandals, shorts, potentially offensive t-shirts, and anything that shows too much skin should be avoided in even the most laid-back work environments.

This article was provided by one of my writers, Samantha Greenbaum, wardrobe conscious working mother of two. If you’re looking for clothing that’ll keep you comfortable all day long, Samantha recommends Lupo Clothing.