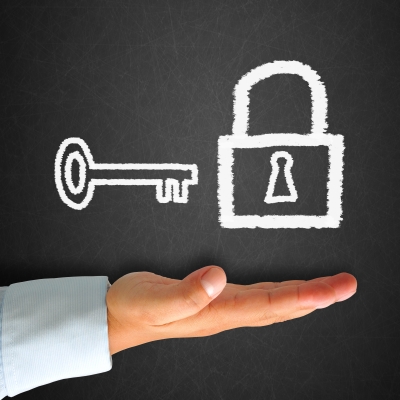 Cloud hosting companies build their reputations on their ability to provide clients with secure server hosting options. Since vigilance is their business, these virtual environments are often more secure than on-site security systems and, according to Forbes, cloud applications are overall less prone to attack than applications housed on a company’s in-house server. In the end, though, it’s up to a business’s management to ensure that company data stays safe on an off-site server. In order to ensure the safety of data, there are three security must-haves: a firewall, data backups and monitoring.

As reported by tech site CNET, NASA’s money-saving move from their private cloud center Nebula to the public cloud in 2012 was laden with security issues. Breaking protocol, failing to do their due diligence in selecting contractors and creating a security plan put the organization’s data at risk.

Although your company’s information may not be as highly classified as that of NASA, you probably don’t want just anyone getting his hands on it either. A firewall serves as a first line of defense against hackers and other uninvited guests who’d like to get a peek at the information you have stored on the cloud.

In a 2011 study by the Poneman Institute, 67 percent of IT professionals said they believed their data was at risk due to poor firewall security. This is a legitimate concern, yet it’s also an easily fixable one. Though shared hosting packages leave companies largely at the mercy of a vendor’s security, dedicated hosting packages and virtual private hosting packages give companies considerably more control. Both dedicated and VPS hosting are more expensive than shared hosting, but each provides a company its own server space, which allows company management to put its own firewalls in place.

If you’re truly concerned about your company’s data, it’s worthwhile to upgrade to a plan that affords you greater control.

Information that’s only stored in one place is always at risk. Even if a company keeps the most high-tech, secure environment, things can still happen to a server. Fires or floods are as damaging to a server as they are to any other tangible item, and if you think such destruction is a one-in-a-million chance, keep in mind that lightning strikes the U.S. an average of 20,000,000 times each year, according to NOAA, which is the equivalent of roughly 38 lightning strikes every minute.

Backups are essential to data safety, and scheduling automatic backups between the cloud and an on-site server, or two separate cloud hosts, makes data backups simple.

Keeping data safe means knowing what’s happening on the server as it happens. Although cloud hosting companies keep an eye on things, you owe it to your company to keep a watch over your own data stores and company website. Most hosting companies have monitoring services that let you know when your site goes down or someone is trying to access your data. These monitoring services notify you of issues by sending emails or text alerts, allowing you time to act against imminent attacks.

Though some businesses still worry about cloud computing and its security drawbacks, studies show that the cloud isn’t a dangerous place to store your data. When it comes down to it, you’re responsible for your business. The amount of effort you put into protecting your own infrastructure by opting for plans and services that give you greater control, being diligent in monitoring and being smart about password security, the more secure your cloud will be.